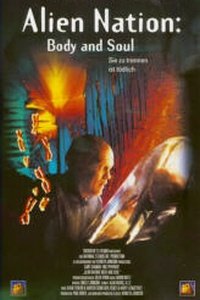 Alien Nation is a television show from the Fox Network which lasted a single season. Alien Nation: Body and Soul (original airdate: October 10, 1995) was the second television movie produced to continue the story after the premature cancellation of the popular series.

It follows the television series format of two parallel storylines. The first plot is about a seemingly human-Tenctonese hybrid child involved in a sinister experiment with a Newcomer scientist disguised as a human. The sub-plot is the budding relationship between Matt Sykes and his Tenctonese neighbor Dr. Cathy Frankel. The relationship between Matt and Cathy was an ongoing theme of the Alien Nation television series.