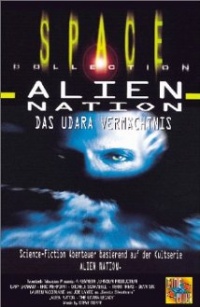 Alien Nation: The Udara Legacy is the fifth and final television movie produced to continue the story of the prematurely canceled television series Alien Nation.

Alien Nation: The Udara Legacy was written by Renee and Harry Longstreet,[1] and directed by Kenneth Johnson.

The plot introduces the idea that among the Tenctonese slaves, there was a resistance movement called the Udara who were implanted with hypnotic suggestions to act as sleeper agents. Now, here on Earth, someone has found a way to activate these sleeper agents, and send them out as assassins.