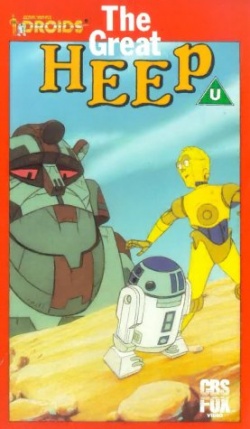 The Great Heep is a 48-minute, animated television special that aired on June 7, 1986. It is part of the Star Wars franchise and was a follow-up to the Star Wars: Droids series.

C-3PO and R2-D2 travel to Biitu and confront an evil Abominor named "The Great Heep" that built onto itself from the remains of other droids.

The TV special The Great Heep was aired in 1986 and was animated. It is a prequel to Cycle 3, the Mungo Baobab arc, in Droids, and would fit in as Episode 9.5.