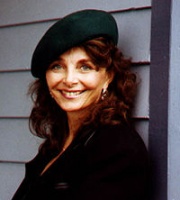 Howe was born in Boise, Idaho. She entered the 1963 Miss Boise pageant for college scholarships and went on to win the 1963 Miss Idaho crown and scholarships, and participated in the Miss America Pageant that year in Atlantic City. Howe received her 1965 B.A. cum laude in English Literature from the University of Colorado, Boulder. In 1966, Howe was awarded the Stanley Baubaire Scholarship for her Master's Degree work at Stanford University, Palo Alto, California. She received her Masters Degree in Communication from Stanford University in 1968, where she produced a documentary film for the Stanford Medical Center and her Master's Thesis, "A Picture Calculus," at the Stanford Linear Accelerator.

Howe has devoted her documentary film, television, radio, writing and reporting career to productions concerning science, medicine and the environment. Ms. Howe has received local, national and international awards, including three regional Emmys, a national Emmy nomination and a Station Peabody award for medical programming. While Linda was Director of Special Projects at KMGH-TV, Channel 7, Denver, Colorado from 1978 to 1983, her documentaries included Poison in the Wind and A Sun Kissed Poison which compared smog pollution in Los Angeles and Denver; Fire In The Water about hydrogen as an alternative energy source to fossil fuels; A Radioactive Water about uranium contamination of public drinking water in a Denver suburb; and A Strange Harvest and Strange Harvests 1993, which explored the worldwide animal mutilation mystery that has haunted the United States and other countries since the late 1950’s and continues to date. Another film, A Prairie Dawn, focused on astronaut training in Denver. She has also produced documentaries in Ethiopia and Mexico for UNICEF about child survival efforts and for Turner Broadcasting in Atlanta about environmental challenges in the TV series Earthbeat.

In addition to television, Linda produces, reports and edits the award-winning science, environment and earth mysteries news website, http://www.Earthfiles.com, which also has podcasts at http://www.Earthfiles333.com. In 2006, Earthfiles received the W3 Silver Award for Excellence in the news category. In 2003, Earthfiles received an Award for Standard of Excellence presented by the internet’s WebAward Association. Earthfiles also received the 2001 Encyclopaedia Britannica Award for Journalistic Excellence. Linda also reports monthly science, environment and earth mysteries news for Premiere Radio Networks Coast to Coast AM with George Noory and weekly news updates for Dreamland Radio at Unknowncountry.com.

In 2005, she traveled to Amsterdam, Hawaii, and several other U. S. conferences to speak about her investigative journalism. She was interviewed for the Canadian award-winning documentary, Star Dreams, about the worldwide crop circle mystery produced by Genesis Communications Corp.

In 2004, Linda was on-camera TV reporter for The History Channel’s UFO Files documentary investigation of an unusual August 2004 cow death in Farnam, Nebraska. Linda also traveled to Florence and San Marino, Italy, to speak about her earth mysteries investigations. She also produced and reported Earthfiles segments for Comcast Cable broadcasts in San Francisco and Los Angeles.

In 2003, Linda traveled to England to report about the proliferation of crop formations and associated small, mysterious lights there and in other European countries. She also investigated unusual aerial light phenomena in Brazil. In 2002, Linda traveled to Norway to join astronomers, physicists and engineers in the study of “thermal plasmas of unknown origin” in the Hessdalen valley (see Hessdalen light). In 2001, Linda traveled to Hong Kong and Laos to report for The Discovery Channel television series, Modern Mysteries of Asia.

A few of her other television productions have included The World of Chemistry for PBS; a two-hour special Earth Mysteries: Alien Life Forms in association with WATL-Fox, Atlanta. Linda was Supervising Producer and Original Concept Creator for UFO Report: Sightings financed by Paramount Studios and the Fox network in Los Angeles. Its first broadcast was in October 1991, which became the Sightings series on Fox.

Linda was an honored medical producer in Boston’s WCVB Station Excellence Peabody Award. As Director of Special Projects at the KMGH-TV station in Denver, Colorado, she received the Aviation & Space Writers Association Award for Writing Excellence in Television, a Chicago Film Festival Golden Plaque for A Radioactive Water, Colorado’s Florence Sabin Award for “outstanding contribution to public health” and several dozen other local and regional awards, including Emmys. She also worked as Director of International Programming for Earthbeat, an environmental series broadcast on Turner’s WTBS Superstation, in Atlanta, Georgia.

Linda is also asked to speak as an investigative reporter at national and international conferences and symposia, including NASA's Goddard Space Flight Center, and has been interviewed on a Larry King Live special, CNN; The O'Reilly Factor, Fox; Sightings and Strange Universe, Fox; NBC's The Other Side; Britain's Union Pictures, ITN and BBC; The Discovery Channel special Evidence On Earth; and the NBC network special, Mysterious Origins of Man.

She has a daughter, Laura Kathleen Howe, from her marriage (1968-1986) to Larry W. Howe. Her father was Chet Moulton, Idaho's Director of Aeronautics from 1946 to 1971 and recipient of many aviation honors. Her mother was Mabel K. Moulton. Her brother is James Moulton, an aviation simulator instructor at Lockheed-Martin.